Perlite Vs Vermiculite Difference (And When to Use Them)

It's fun to have a lush green garden in your backyard, but you also need to provide it a proper care to grow it healthy.

You may have heard about using perlite or vermiculite frequently, but maybe you don't know much about it.

If you want to understand the difference between perlite vs. vermiculite, follow this post. We have explained the key differences and the guidelines on which one to use for your garden.

Let's dive it in detail and know more about it.

What is perlite and what it's made of?

Perlite looks like little Styrofoam (polystyrene) balls, although it's made of volcanic rock. It's lightweight and easy to handle with a pH value of 6.6 to 7.5.

Perlite, when heated, expands into a porous and lightweight grain that improves water drainage. You can use it in plants that require less moist soil.

You can use perlite in a potting mix for plants that don't like being waterlogged. Plants such as Mediterranean herbs or fruit trees planted in a pot stays in the same pot for ages and are a good candidates for perlite use.

You can buy perlite in different grain sizes. Below are a perlite size and its usage.

What is vermiculite and what it's made of?

Vermiculite is an essential part of gardening because it helps with water retention, drainage, and soil aeration. It's most commonly used in container gardening, mixed with potting soil, and used as soil amendments.

You have option to buy treated or untreated vermiculite. It's lightweight and highly absorbable, pH neutral, and non-reactive that you can use for many plants.

Vermiculite is made by heating biotite or phlogopite rocks. These rocks are also known as phyllosilicate that contains a large proportion of water and other minerals.

It's mined in ores that is then separated based on its size. It then goes through the exfoliation process in which the ore is superheated to expand the mineral. The expansion allows it to absorb water moisture in the potting medium.

High-quality vermiculite can absorb 3 to 4 times of water. The spongy dark brown to golden-brown appearance helps it distinguish from perlite. As it turn out vermiculite has a better water-holding ability than perlite.

Below are the vermiculite size and its usage.

What is perlite good for?

Perlite is a great choice for seed starting or to add in potting mix. It helps loosen heavy soils and prevents compaction. It holds nutrients and water up to 3 to4 times its weight.

Perlite is odourless, clean, and nontoxic that makes it suitable for residential gardening. You can store it for the long term as it doesn't rot or grow mold. Perlite is also an excellent substitute for sand.

Perlite is a soft material, and you can easily crush into a powder form with your fingers. Due to its porosity, it allows excess water to drain quickly. Here are some benefits of perlite:

Besides gardening use, perlite is also widely used in the construction materials for loose-fill insulation and plasters. It's also used in the water filtration in the swimming pools, cleansers, and soaps.

What is the use of vermiculite?

Vermiculite has several benefits as it interacts with magnesium, potassium, and calcium present in the soil. You can use it to raise the pH level in the ground.

As vermiculite retains more moisture than perlite, it holds on to water longer and releases it gradually in the soil. The high-water retention ability causes the vermiculite to reduce the aeration around the plant.

Below is the everyday use of vermiculite

How to decide which one to use in your garden?

There are many misconceptions and debates about whether to use perlite or vermiculite and which one is better. People have a strong opinion about the use depending on their preferences and the results they have experienced.

As a simple guideline, use perlite when your main goal is to improve the potting mix's drainage and aeration. It's a silicon-rich volcanic rock that soaks up the water. Perlite helps you loosen clay soil in the garden and assist you when you have to plant seedlings in different pots.

There are different grades of perlite available to purchase. For most gardening purpose, a fine to medium grade perlite is the best.

On the other hand, use vermiculite for plants that need to have moist soil. It's a good moisture retainer that holds water in the ground for a longer duration. It can be the best use in potted containers or lawns.

Vermiculite also helps retain plant nutrients due to which you often don't have to fertilize your plants frequently.

Which is better perlite or vermiculite?

When you're deciding whether to use perlite or vermiculite, it all depends on the plant types you're growing and its ideal growing condition. The usage can be dependent on the aeration and water holding requirement of your plants.

Perlite improves the aeration, but it's non-porous, whereas vermiculite is airy and porous. The improved aeration, with the addition of perlite, makes it easy for oxygen to reach to the plant roots. In contrast, vermiculite causes the potting soil to compact and reduces the oxygenation capability of soil.

In terms of water holding capacity, the perlite's Styrofoam-like structure allows it to retain a small amount of water and sticks to the pot's surface.

Vermiculite, on the other hand, absorbs water like a sponge through its pores. It also helps absorb the water and nutrients to keep the soil wet for a long duration.

In summary, perlite helps increase the water drainage to the plant, whereas vermiculite improves the water retention capability.

Perlite helps increase the water drainage to the plant, whereas vermiculite improves the water retention capability

It would be best to use perlite when you have plants that don't require much water, such as succulents and orchids. Use vermiculite when growing plants like to have wet soils.

Can you substitute vermiculite for perlite?

On the surface, vermiculite and perlite may appear to be having the same functionality. You can use it in the garden to improve aeration, retain moisture, and prevent soil compaction.

Plants are quite sensitive to the moisture level, and soil with too much moisture can cause the plants' root to rot. Due to this, we don't recommend that you use vermiculite as a substitute for perlite.

It would help if you used vermiculite for plants such as Irises. It prefers moist soil but choose perlite if you're planting cacti or rhododendrons that prefer well-drained soils.

Use the following table to decide the use of perlite vs. vermiculite.

Is vermiculite safe to use—asbestos issue?

In the past, most of the vermiculites came from Libby mines in Montana. The vermiculite deposits were found close to the nearby asbestos minerals. When vermiculites were mined, the asbestos-contaminated it that caused health and safety concerns due to asbestos presence.

Interestingly, asbestos was also highly prevalent during that time in the home insulation. When inhaled, these fine particles of asbestos entered in lungs and caused lung cancer and several other health-related issues.

Once the harmful effect of asbestos came into notice, the Environmental Protection Agency (EPA) set up strict guidelines on the use of asbestos and vermiculite mining.

Due to the regulations to keep asbestos away from the public, the vermiculites mined these days are free from contamination and safe to use.

The use of perlite and vermiculite depends on your needs. As a guideline, use perlite when you want better drainage and aeration around the plant. It would be best to consider using vermiculite when moisture retention in the soil is a priority. 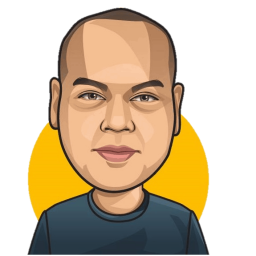 A Beginner Guide to Planting and Harvesting Lettuce (Simple Guide)

How to Get Rid of Aphids: What Every Gardener Should Know